Okay, that was quick. A few months after writing that we hit 7 million users, we blew past our 8 millionth user. By now, over 8 million people across more than 95 countries have installed Groups and Calendars.

But, how many people have kept our apps after downloading them? We learn that information whenever we release a new version of our app. Over the next 30-90 days, we are able to see how many people are updating the apps. We began to do a “phased release” and closely monitor if any of our users experience crashes or other problems. After our latest release this March, how we found out that at least 1.5 million people have updated the Groups app: 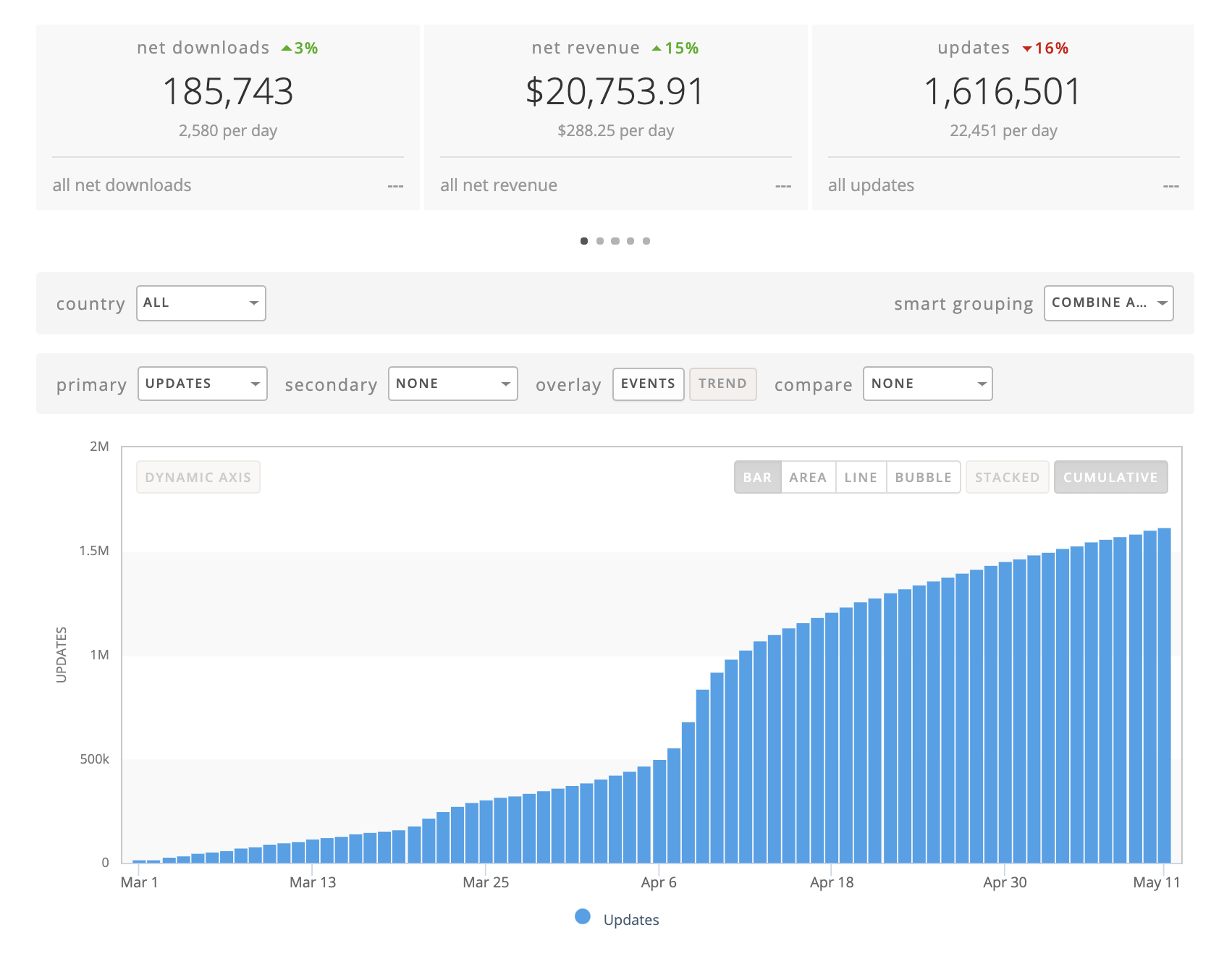 Last August, we found out that at least half people have updated the Calendars app: 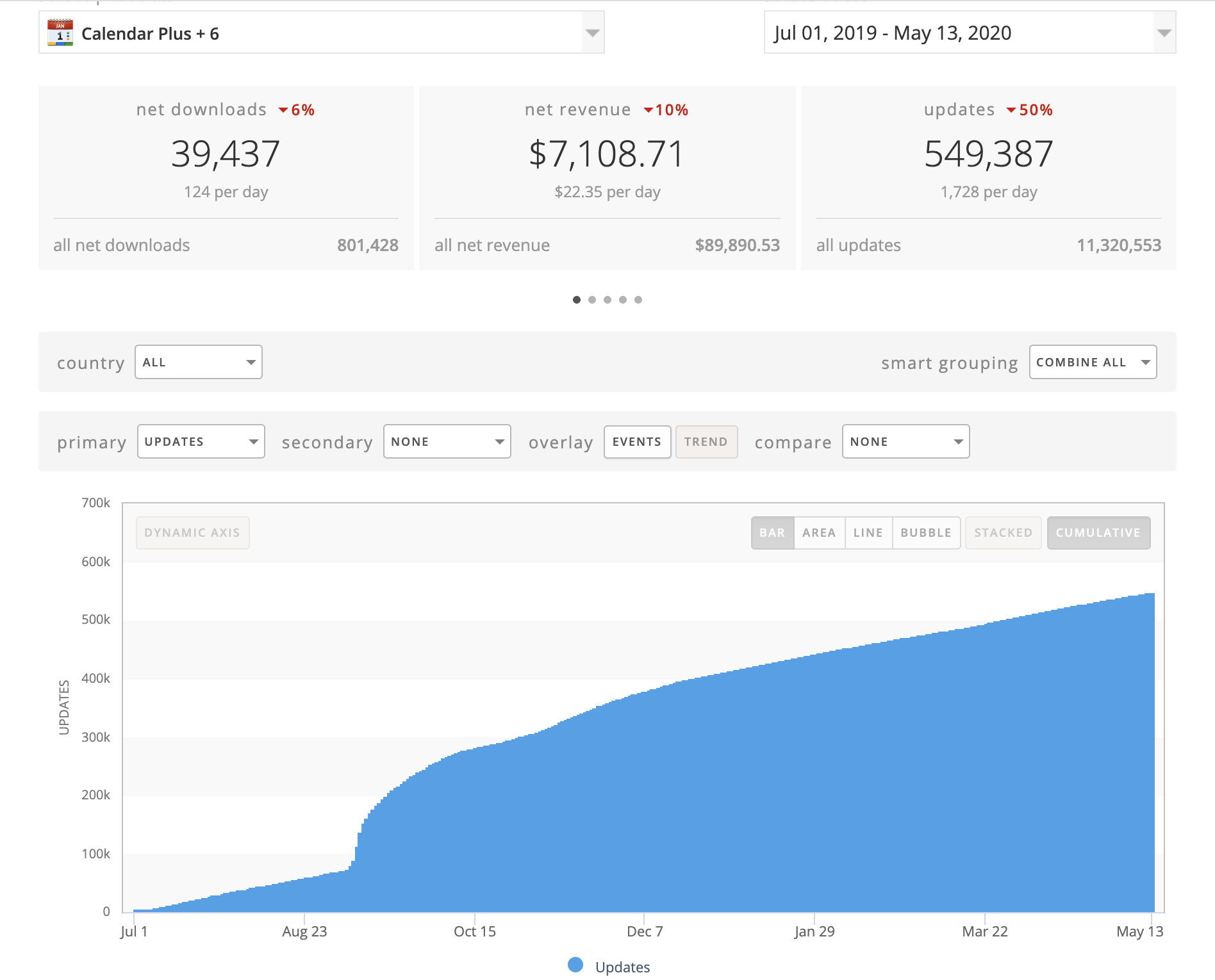 Here is an overview of the countries these Groups users are in, from the period of March 22 – April 22. Around half of them are in the United States: 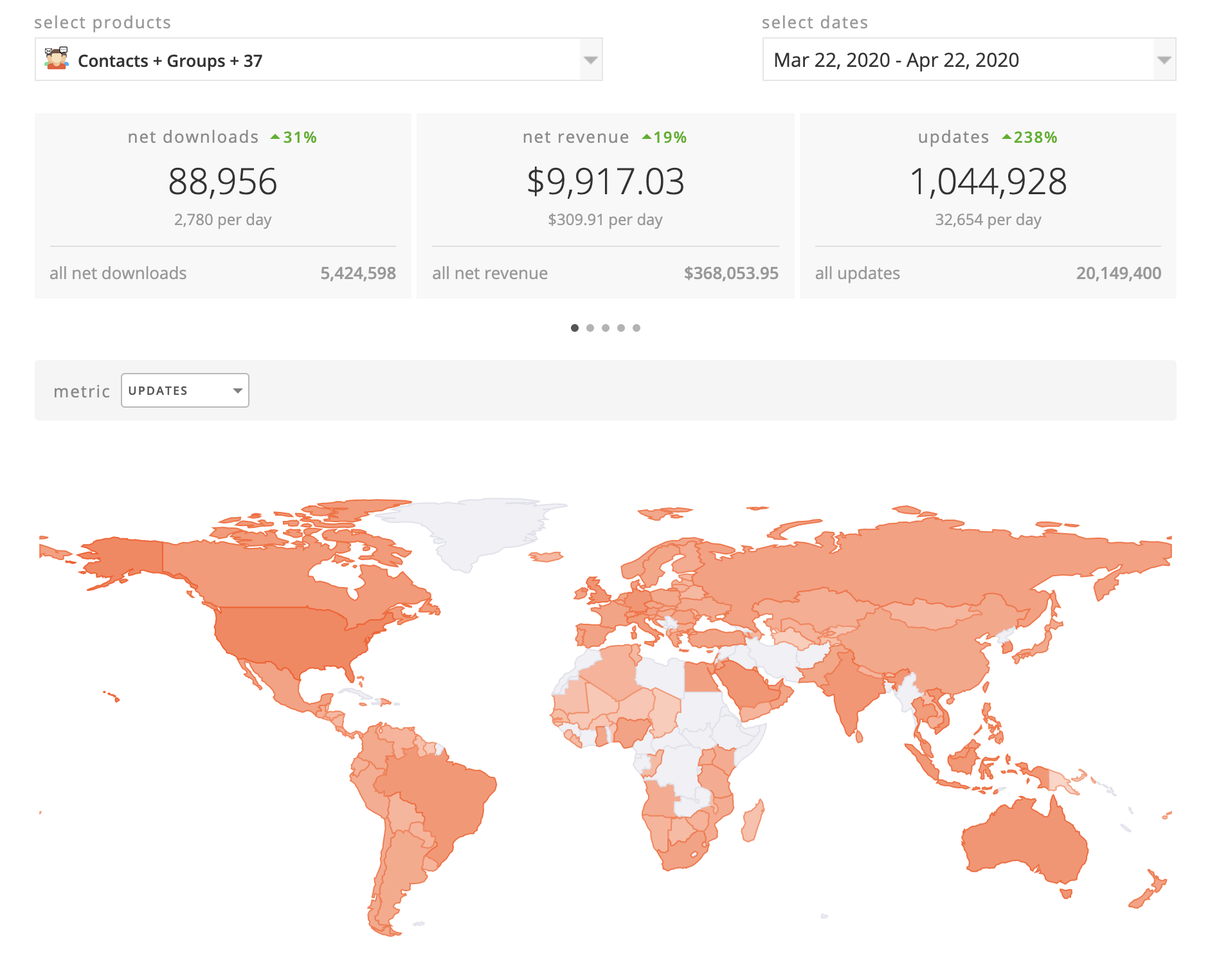